MacKeeper has been launched in 2010 by ZeoBIT, LLC. In 2013, the software was sold to Kromtech Alliance Corp. The previous company, ZeoBIT, used aggressive marketing strategies to promote the software, which consequently earned a bad reputation for the product. I downloaded a third-party app called Malwarebytes for macOS and used it to uninstall MacKeeper and similar malware from my MacBook Pro! Malwarebytes Anti-Malware for Mac detects MacKeeper as Potentially Unwanted Software (PUP for short) and removes the app and all of its components.

Many users will see references to an application called MacKeeper on various web sites and via pop-ups on their browser. Not only is it expensive for what it purports to do (freeware applications that do the same or more are readily available), it can sometimes install itself without the user realising it, and it can be very tricky to get rid of.

MacKeeper has been described by various sources as highly invasive malware*that can de-stablize your operating system, adding that it is unethically marketed, with a history of making false advertising claims, by a company called Zeobit, and a rip-off.

(Please note that references to the original developers, Zeobit, also now refer to Kromtech Alliance Corp, who acquired MacKeeper and PCKeeper from ZeoBit LLC in early 2013.)

Most positive reviews of it have been found to have been paid for by Zeobit (developers of MacKeeper) in the form of ‘free upgrades’ etc. One such opinion is:

Further opinion on it and how to uninstall MacKeeper malware can be read here:

MacKeeper have recently said that the uninstaller from here:

There are many forms of ‘Malware’ that can affect a computer system, of which ‘a virus’ is but one type, ‘trojans’ another. Using the strict definition of a computer virus, no viruses that can attack OS X have so far been detected 'in the wild', i.e. in anything other than laboratory conditions. The same is not true of other forms of malware, such as Trojans. Whilst it is a fairly safe bet that your Mac will NOT be infected by a virus, it may have other security-related problem, but more likely a technical problem unrelated to any malware threat. 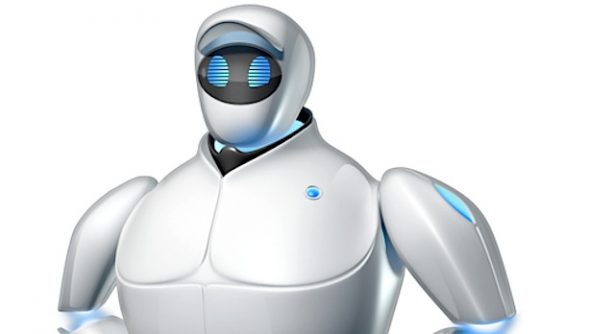 You may find this User Tip on Viruses, Trojan Detection and Removal, as well as general Internet Security and Privacy, useful: The User Tip seeks to offer guidance on the main security threats and how to avoid them.

* The expression ‘malware’ is a general term used by computer professionals to mean a variety of forms of hostile, intrusive, or annoying software.

MacKeeper is a Mac cleaning application by Kromtech Alliance. According to the developer, the app has 1.4 million Mac clients using it. Without going into a long discussion about MacKeeper’s trustworthiness and business ethics, we’ll have an honest look at MacKeeper’s features. This application is full-packed with various Mac optimization tools.

Right after installing MacKeeper, you’ll see its trademark robot figure. This aims to show an automated approach to Mac cleanup; at the same time, MacKeeper lets you talk to a real human via Skype support, the link to which you’ll find in the top right corner. The whole right panel looks like a giant chat window. This space MacKeeper uses to sell you extra features and other add-ons.
The interface is pretty clean (for a cleaning application) with all the utilities placed in the sidebar to the left. The icons were easy to grasp as well as the names of the features themselves. On a different note, you’ll notice the abundance of pop-ups and dialogue boxes that constantly cry for your attention.

Before you get to clean anything, you got two main routes to choose from: either follow an automated cleanup script or start cleaning things manually. The latter option is good for experienced Mac users. The automated route is called Find & Fix mode.

What are the main MacKeeper features?

As we said earlier, MacKeeper features are so many that it is wrong to keep calling it a “Mac cleaner.” For example, it has a VPN tool, a tracking service, an ad blocker, etc. This makes it a swiss-army knife type of program for universal Mac maintenance. But before you get lost in the many options, here are some most prominent ones:
Junk cleanup
Duplicates finder
Memory cleaner
Update tracker
Login item manager
Internet security
Device tracker
Password protection
VPN service
Ad blocker utility

MacKeeper suggests to automatically scan your Mac for issues with a feature it calls Find & Fix. This option is conveniently placed at the top, above other elements. The scanning algorithm in Find & Fix goes through 4 consecutive steps:

Just as I tried to run my first scan, I was asked to give MacKeeper Full Disk Access in Preferences. This resulted in a few extra clicks, and I couldn’t go further without restarting the app — a rather cumbersome experience.

Bear in mind that MacKeeper is a paid application and in order to remove any items you’ll have to pass through a pay wall. Still, there were a couple of free tools that I was able to use in the trial version. One of those is Memory Cleaner, which belongs to the next group of utilities called Performance. 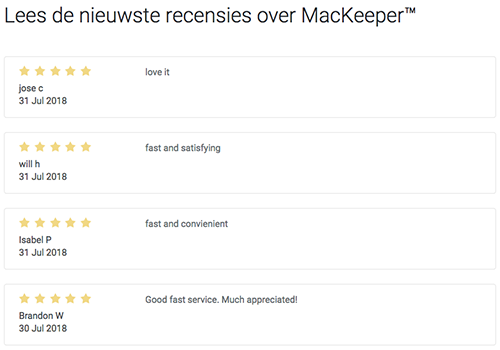 MacKeeper sports a RAM cleaner tool that shows occupied memory in real time. By pressing “Clean memory” you flush the occupied memory slots, releasing some fresh memory. This, in theory, should unfreeze some memory-demanding program that has hung up.

What else is taking its toll on Mac’s memory? Applications, of course. In the same group of utilities, MacKeeper has a tab called Apps & Processes. Surprisingly enough, the program doesn’t differentiate between these two. Anyway, users can force quit processes that demand too much memory. You can filter this very long list of processes by their memory appetites and also by their system status.

To minimize possible harm, MacKeeper will not close important system processes. Every single item from my System Processes was locked from intervention, which raises a question of why display them here in the first place. Here, the app seems to be following “you can look, but do not touch” principle.

Within the same group of tools you’ll notice the Update Tracker, which I found to be a bit out of place here, since it doesn’t directly affect Mac performance. With this tool you can update many apps at once, given you bought the paid plan.

MacKeeper takes Mac security seriously, which becomes obvious if you look at the sheer number of its security features. Here you have an Antivirus, an adware cleaner, and ad blocker. You can even check your email account for potential data leakage. For example, according to MacKeeper, my email has been leaked 19 times. Wow, that’s impressive! Immediately after I submitted by email for check, I received a foggy email about “Protecting my password” with MacKeeper. At that point I decided to stop experimenting with that feature. 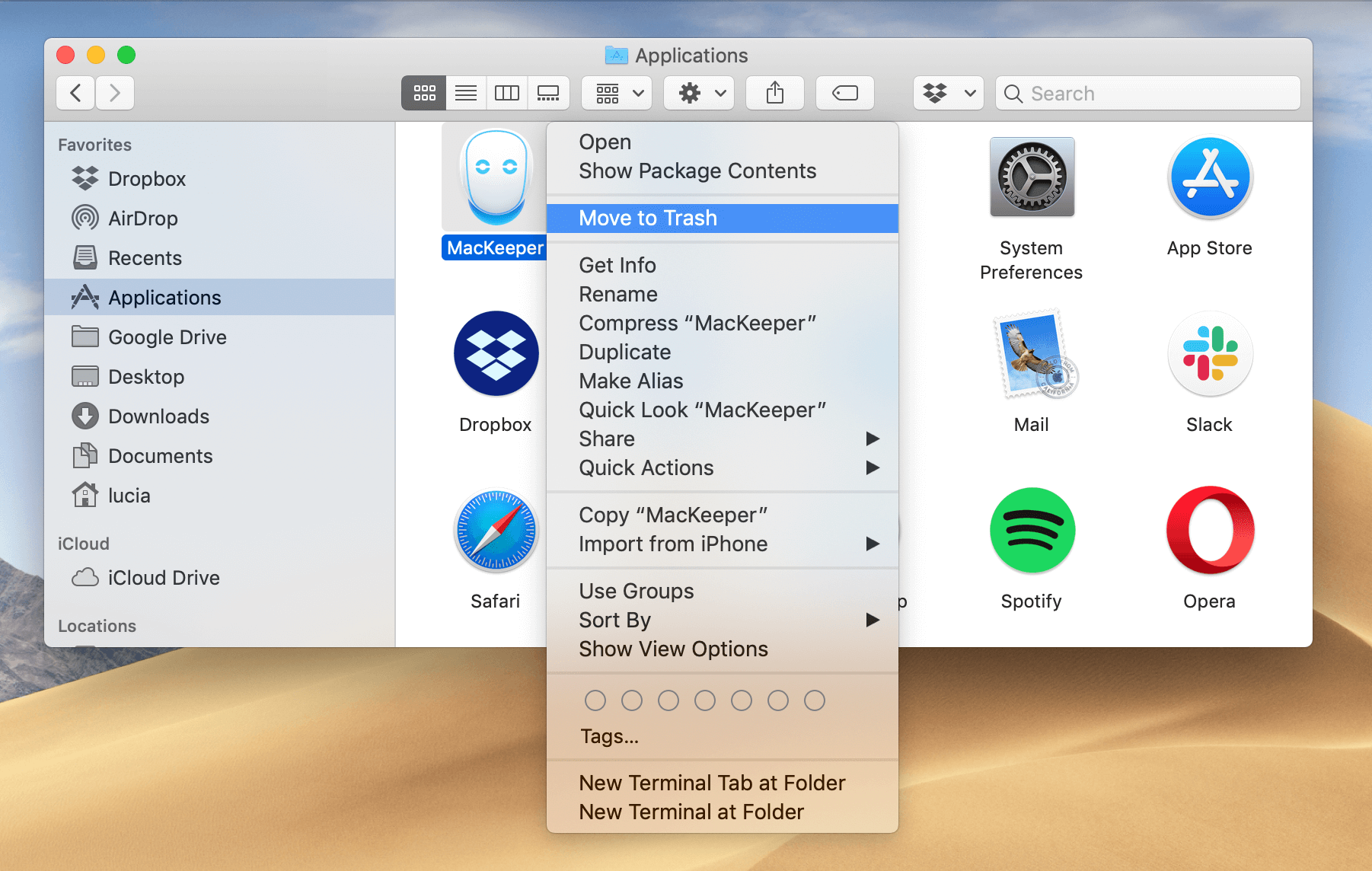 According to the developer’s site, MacKeeper is able to detect spyware and viruses. Unfortunately, I couldn’t neither confirm nor deny this, as MacKeeper found 0 viruses on my Mac. According to Wikipedia, MacKeeper’s antivirus relies on Avira’s anti-malware database, which adds some weight to its security tool pack.

In the past, MacKeeper was known to be associated with infamous “Your Mac is infected” messages. Though the company distanced itself from such tactics, MacKeeper’s safe status remains controversial. For example, Malwarebytes considers MacKeeper a “potentially unwanted program” or PUP. On the other hand, according to MacKeeper’s website, it has its own anti-malware lab that studies “new and unknown threats affecting Mac.”

If you’re in doubt as to whether MacKeeper is safe to use on your Mac, you may consider some of its best-known alternatives.

CleanMyMac X by MacPaw is another Mac cleaning solution and one of the oldest cleanup tools on the market. CleanMyMac X is an app that is notarized by Apple. Notarization is a process that confirms that an app is free from malicious files. 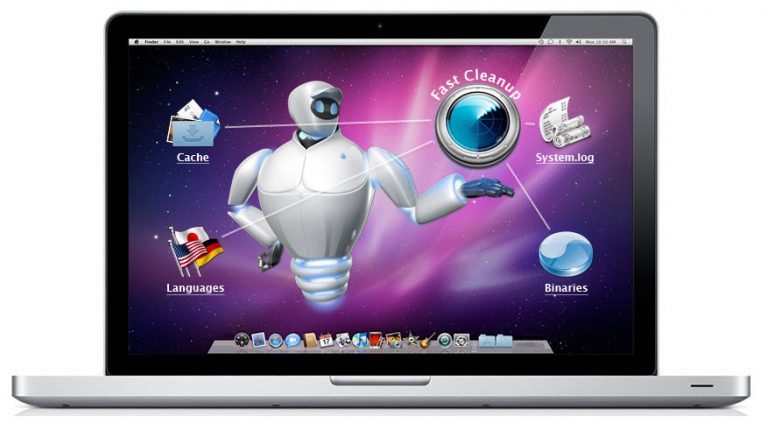 Here is a detailed MacKeeper review that compares its features with CleanMyMac X.

CleanMyMac X has a couple of Mac cleaning tools that MacKeeper lacks. For example, there is a space visualization tool, Space Lens, that builds an interactive map of your storage.

You can download free demo of CleanMyMac X here, from the developer’s site.

That was our take on MacKeeper — one of the most talked-about apps in the Mac world. In this MacKeeper review we’ve covered its features and also touched the question of whether MacKeeper is safe. Though we’ve been fiddling around with a free trial, you may get a paid version to get the real gist of it. Its yearly plan costs 95.40 euro. Or you may consider alternative cleaning solutions for your Mac.