As you may know, the new Edge based on Chromium went stable last week. Unfortunately, there is no automated way to move any of your settings from the Beta channel to Stable. That means, for those of us that were using the beta, you need to re-setup everything in stable.

However, as it is based on Chromium, all the information is stored in a profile (or multiple profiles). That means you can move all your profile data from the Beta folder to the stable folder. I did this and the only issue I ran into was if you run multiple profiles that use custom images, the taskbar profile icon will retain the “BETA” tag as those icons are generated during profile creation and stored in the profile location. Unfortunately, deleting the icon in the profile folder does not seem to reset the icon.

UPDATE – If you have edge profiles assigned to a Microsoft account where your image is from O365 or another account, I found a way where you can regen the taskbar icons after doing the above steps.

Just go to edge://settings/profiles and sign out of the account and then sign back in and it will recreate the profile icons. Make sure you do not check the box to clear all your settings though! For profiles not linked to a Microsoft, just change the profile image. 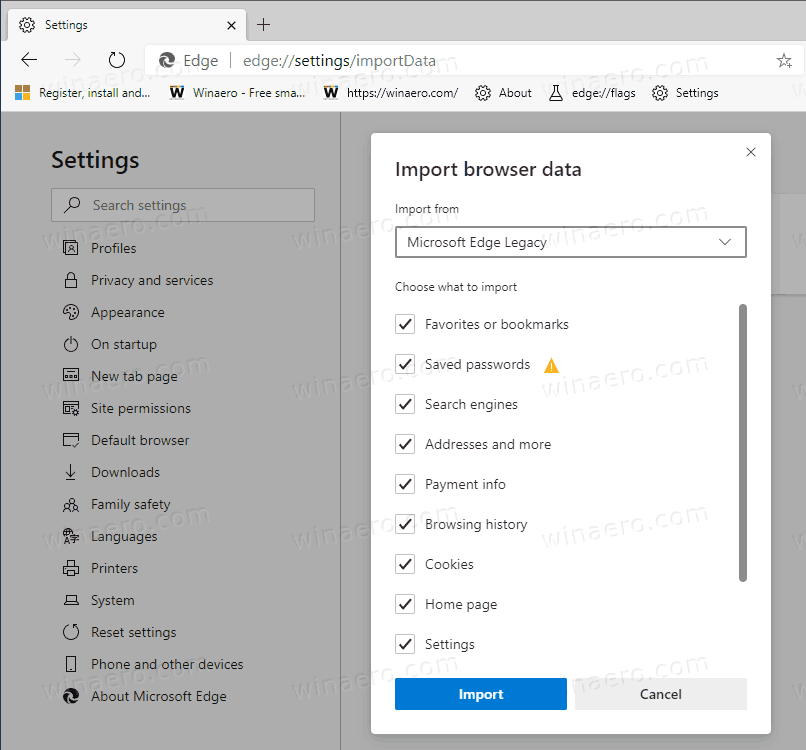