Mac users have been able to run Windows apps for many years thanks to third-party virtualization solutions and Apple’s own Boot Camp, but some software — including graphically intense apps and games — has remained challenging to emulate. Now Corel is tackling that major pain point and a number of smaller ones with Parallels Desktop 15, an update that will bring DirectX 11 to the popular emulator, as well as support for the latest macOS Catalina features.

Graphics improvements alone will give Windows users reasons to upgrade. Version 15 has moved to Apple’s Metal, enabling it to support DirectX 9, 10, and 11, as well as OpenGL for Windows and Linux 3D applications still using that standard. CAD/CAM applications including Autodesk’s 3ds Max 2020, Lumion, ArcGIS Pro 2.3, and Master Series all open and run properly in Parallels, as do DirectX 11 games such as Age of Empires: Definitive Edition, Anno 2205, and Frostpunk.

Switching to Metal has boosted graphic performance by as much as 15%, enabling higher frame rates — with the obvious caveat that the software can’t turn an old MacBook Air into a high-end Windows gaming tower. While a live demo showed EA’s Madden NFL 19 running at smooth frame rates on a 15-inch MacBook Pro with a dedicated video card, performance will vary based on whether a Mac has lower-end integrated Intel graphics, as well as the age of its processors.

Under-the-hood performance improvements go beyond DirectX, but aren’t as easy to quantify. Corel notes that Microsoft Office applications now start up to 80% faster, and that unspecified battery life gains are being wrought from a new Energy Saver feature in Parallels Toolbox. Desktop 15 users will also be able to reclaim their Boot Camp partitions by moving their virtual image content directly onto their main Mac partitions, which should also ease resizing.

Corel is polishing up a number of platform-crossing features that either existed somewhat confusingly in prior Parallels releases, or stood to be enhanced. Users will be able to drag and drop images directly from the Mac desktop to Windows app windows, easily access all the Mac’s hard drive folders through a Mac Files folder on the Windows desktop, and more easily toggle between full Windows mode and Coherence, where Windows apps appear within the macOS interface. Starting in the fall, Parallels will also add Apple’s Sign in with Apple account option to improve users’ privacy.

The standard version of Parallels Desktop 15 will be available at two price points for new users — a $100 perpetual license for this major release of the app, and an $80 annual subscription that if kept up will migrate to version 16 when it’s released next year. Corel is also offering a $50 upgrade to the subscription for users of any prior Desktop edition, and will keep that $50 price point annually thereafter.

For an annual subscription of $100, users of the Pro and Business Editions will get support for Virtual Trusted Platform Module (vTPM) chip data encryption to enable Bitlocker, as well as an option to connect internal or external physical disks as logically internal disks. They’ll also get new administrator tools to lock down the user interface and experience for remotely managed Macs — useful in schools and workplaces with machines that need to be kept consistent between multiple users.

Each of these new Parallels Desktop 15 versions is available today. Full support for macOS Catalina as both a host and guest OS will be available when Apple releases the final version to the public, presumably in September.

GamesBeat's creed when covering the game industry is 'where passion meets business.' What does this mean? We want to tell you how the news matters to you -- not just as a decision-maker at a game studio, but also as a fan of games. Whether you read our articles, listen to our podcasts, or watch our videos, GamesBeat will help you learn about the industry and enjoy engaging with it.How will you do that? Membership includes access to:Become a member

Today, popular virtualization software Parallels Desktop 15 for Mac becomes available to new and current users. The flagship feature is support for DirectX in virtual Windows machines via Apple's proprietary Metal graphics API. Other additions include a handful of new macOS Catalina-related features and improvements to transitions between Mac and Windows software running on the same machine.

When we wrote about Parallels Desktop 14 around this time last year, we asked about Metal support. The application then still relied entirely on OpenGL in macOS, and Apple had already announced that continued support for OpenGL would end. We were told it was coming, and we were not misled: the new version of Parallels Desktop now supports DirectX 9, 10, and 11 via Metal. Previously, DirectX 9 and 10 were supported via OpenGL and DirectX 11 was not supported at all. Parallels' rep noted to us that 'Metal and DirectX work best in Catalina.' 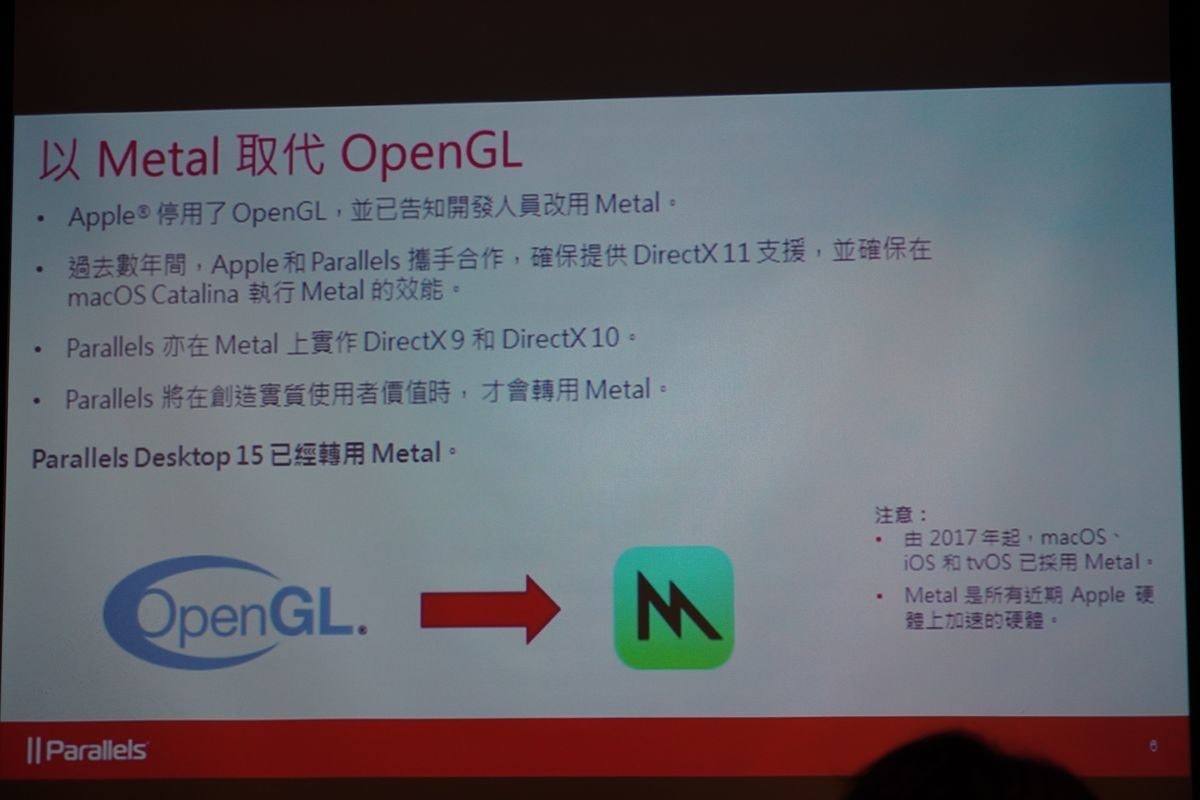 Apple's new macOS Catalina software for Macs launches this fall, and Parallels Desktop 15 supports a few of the key features of that new release. That includes Sign In with Apple, which can now be used to authenticate with a Parallels account. Catalina also means you can use your iPad as an external display alongside a Mac via Apple's new Sidecar feature—and Parallels makes this work not just for macOS applications but for Windows as well. Apple Pencil support is included for both environments.

There's a plethora of additional features both Catalina-related and otherwise—Bluetooth low-energy support, the ability to drag items from Safari or Photos in macOS to your virtual Windows machine, and more—which you can read about on the Parallels website. But one of the recurring themes we noticed during a presentation of the new software by Parallels was improvements to how Coherence mode works. 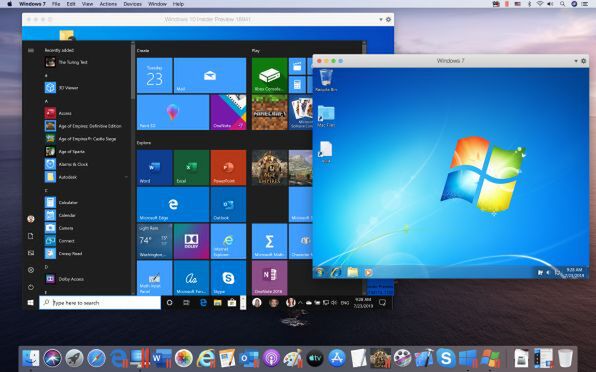 Coherence facilitates seamless movement between Windows and macOS apps; it essentially puts Windows apps in macOS windows, which includes macOS-like behaviors, a place in the Mac's dock, and so on. Sometimes, this might create confusion for users unfamiliar with it, so many small aspects of the transitions and workflow for Coherence have been improved for clarity and efficiency. 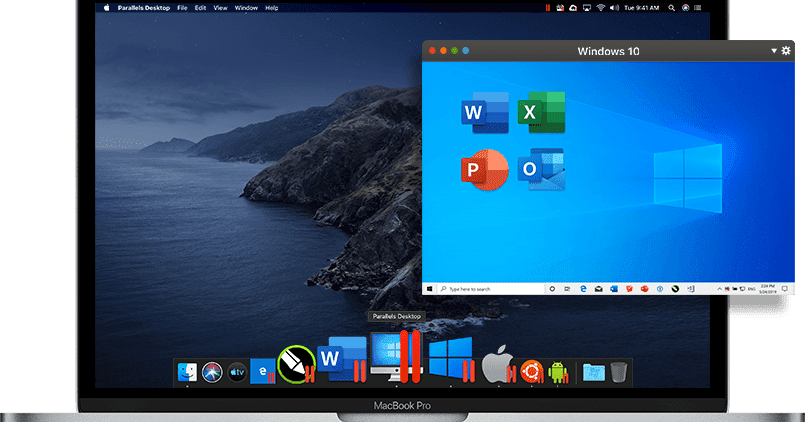 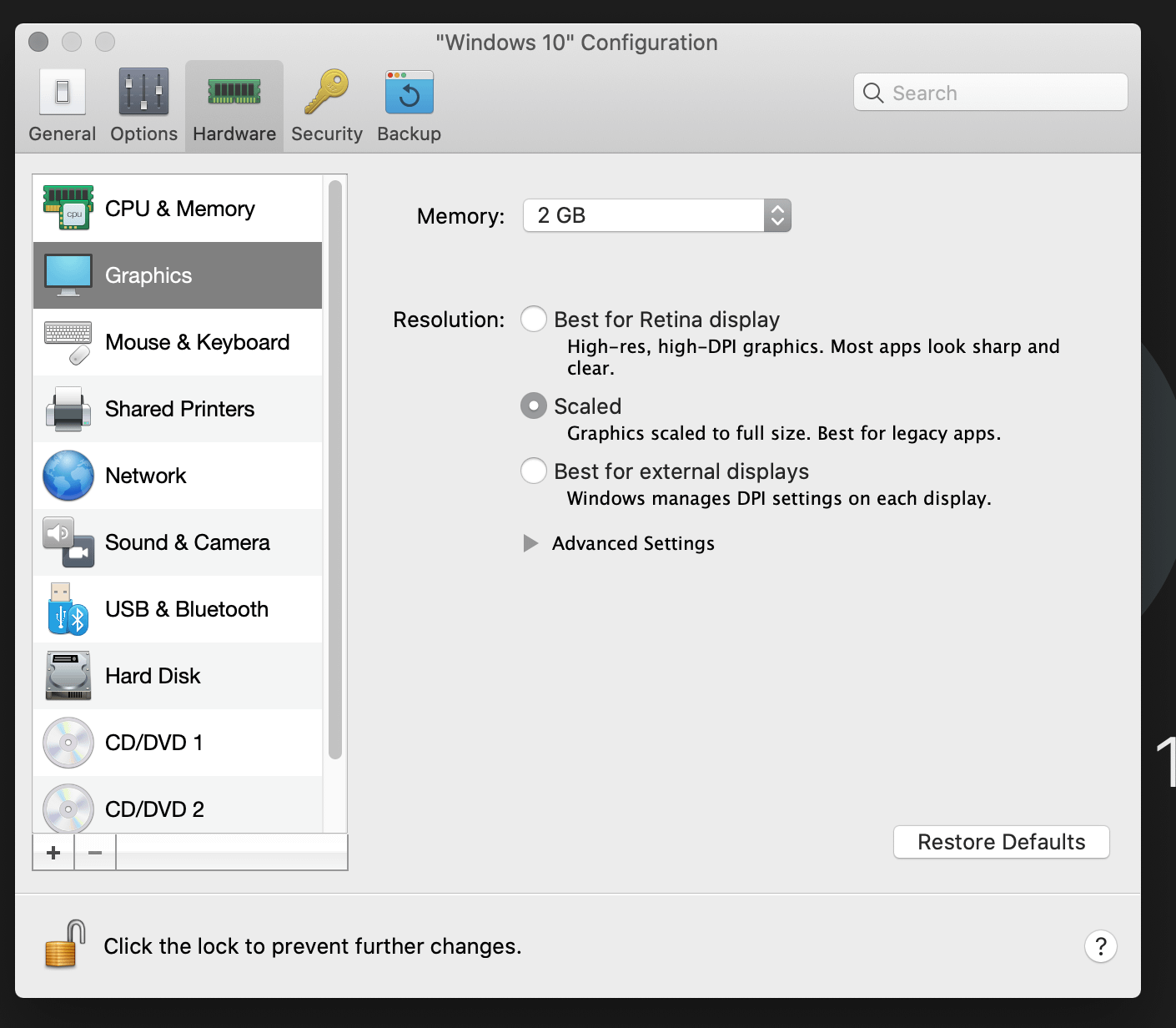